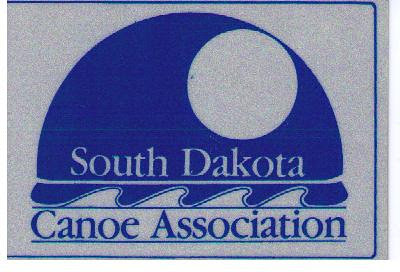 The South Dakota Canoe/Kayak Association held its winter conference at the Outdoor Campus in Sioux Falls on Saturday, January 26, 2008. About 50 paddlers attended the three-hour program, some traveling from Pierre, Chamberlain, Watertown. Vermillion, Brookings, as well as Sioux Falls and other areas.

Using a PowerPoint format, I presented an overview of paddling opportunities in southeastern South Dakota that featured the sites that have been described on this blog. 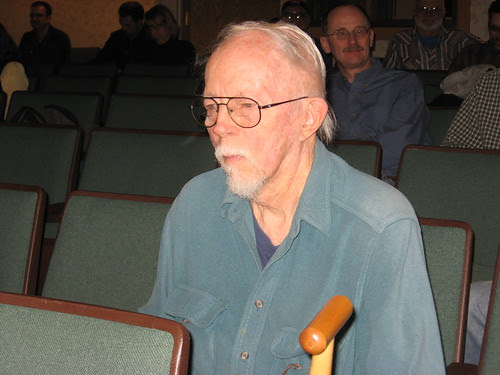 Dick Davidson took the audience along on one of his solo trips to the Arctic through the Northwest Territory of Canada, illustrating the voyage with a slide presentation of the waterways, landscape, and animals seen on the trip. Rick Johns and Gary Van Ert shared their passion for boat building and offered tips on getting started on such a project. Two types of handmade kayaks built by Rick Johns and Gene Grabin were on display in the lobby of the building. 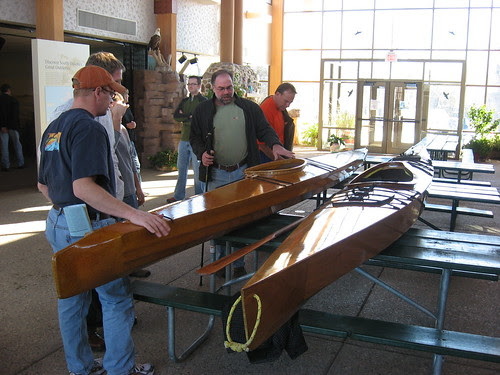 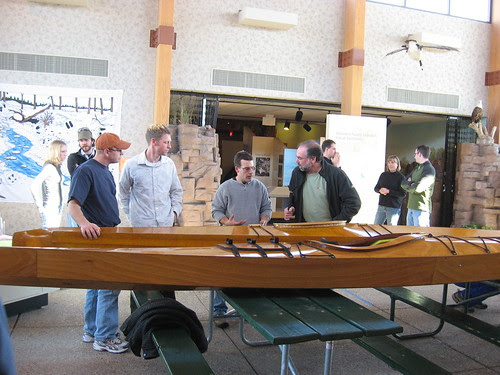 Paul and Adam Livermore shared their experiences in fishing from a kayak. Their PowerPoint presentation offered tips for working with fishing gear, the effect of varying water and wind conditions that might be encountered, and safety considerations while handling fishing gear and navigating the kayak. 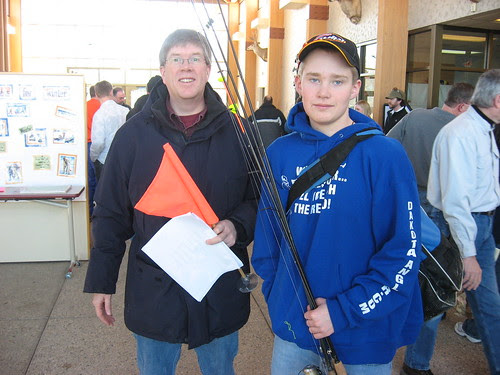 Gene Preston, the club president, provided another PowerPoint assisted presentation on navigation hazards that might be expected on the streams of eastern South Dakota, especially sweepers, wire across the creek or river, falling banks, and low-head dams. 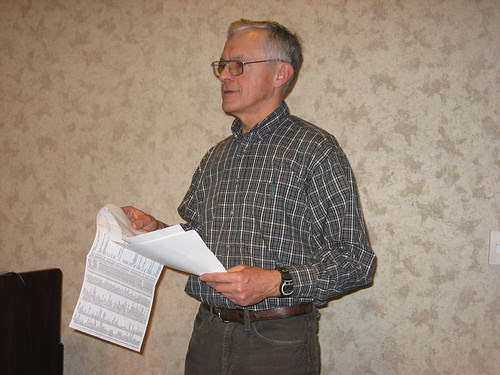 During the business meeting, a slate of officers to guide the organization through the next year was presented and approved by the membership. Dick Davidson was recognized by President Gene Preston with a special award commemorating his long service to the SDCA. Dick was the founding president and has been involved as a key leader throughout the life of the SDCA, usually serving as president. He has been an inspiration to many paddlers who dream of expeditions to the far north. 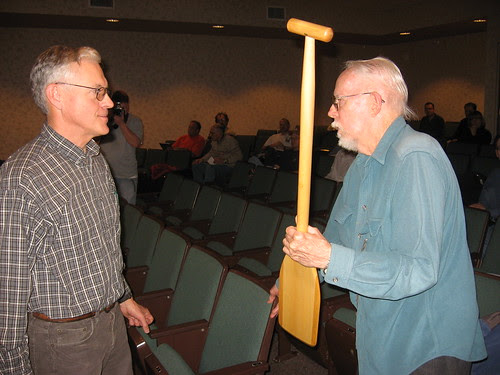 Seven SDCA sponsored trips for the 2008 season were announced to the membership and extend from April through October. There may also be other trips included for the season; the membership was urged to consider other possibilities that might be considered for inclusion on the agenda of outings. Those seven announced to date are the following:

In addition, there will be the usual Canoe/Kayak Clinic provided by the organization, probably at Lake Alvin.

The newsletter will be redesigned this year for distribution both through the mail and through an e-mail attachment. A SDCA website is under consideration for this year as well.

Those who have not renewed their membership or joined the SDCA are invited to do so at this time. The membership is $10.00 for an individual, $12.00 for a family, and $25.00 a contributing membership. You may initiate or renew membership by sending your check to Director of Membership, SDCA, P.O. Box 90227, Sioux Falls, SD 57109-0227. With the check, please send your name, address, telephone number, and e-mail address.

Membership in the SDCA is an act of affiliation with paddlers of the area and access to information regarding events of the organization. It is a pretty inexpensive way to be part of the paddling network within the state.
Posted by Jay Heath at 4:51 PM No comments:

The South Dakota Canoe Association will hold its annual winter conference on Saturday, January 26, 2008, from 12:00 noon until 3:00 p.m. at the Outdoor Campus in Sioux Falls. The Outdoor Campus is located at 4500 S. Oxbow Ave., east of Louise and just south of 49th Street at the intersection of S. Oxbow and 49th Street.

The conference program of presentations is as follows:


The conference is free of charge to the public. This is an opportunity for paddlers to network and share experiences. It is also a time for those considering an entry into kayaking or canoeing to learn more about paddling possibilities. There will be an opportunity to join the Association or renew membership at the conference. 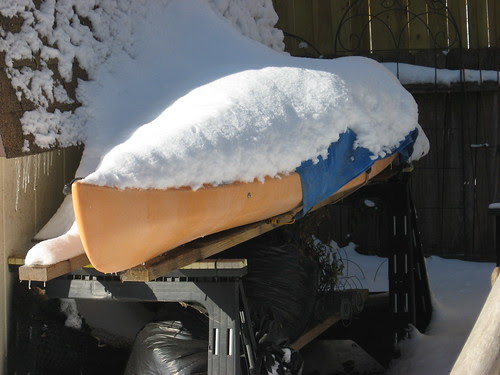 I hope to see many of the blog readers at the SDCA Conference on July 26. As I look out my kitchen window, I can see my "beater" kayak covered with snow just waiting for the right moment to get out on area waterways in March or April. One kayak is crowding the cars in the garage, another is in the shed, and this one is braving the elements while the countdown to spring takes place. At the conference, we have the chance to talk kayaking and laugh it up with others sharing our hobby. Many of us will learn of new opportunities for paddling and broaden our personal network of fellow paddlers. It is also a good mid-winter vicarious escape from all the ice and snow surrounding us.
Posted by Jay Heath at 1:10 PM No comments: