End of the 2010 Paddling Season 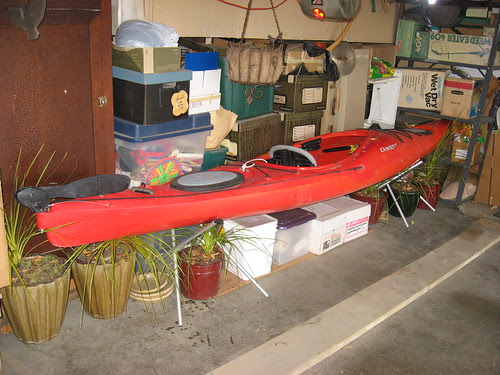 If we are lucky with the weather, those of us here in the Sioux Falls area can hope for a paddling season that begins toward the end of March and continues on into mid-November. The season this year was as much as any of us could hope for in that regard. My first venture on the water was on Lake Alvin on March 30, and the last cruise was on Split Rock Creek on November 14. Between those dates, I wrote blog entries for 30 cruises that ranged from rivers, creeks, and lakes in the Sioux Falls area to my week-long trip in the Boundary Waters of northern Minnesota. There were as well a few other cruises that I took that were not described in a blog entry. So, this has been an active year on area waters.

Here on the northern plains, we have pretty harsh winters and then the continuing possibility of flooding throughout the rest of the year. Fortunately, there is a variety of kayaking opportunities: rivers and creeks to paddle with groups, lakes to paddle at virtually any other time. When going down moving water, I normally go with groups to take advantage of the arranged shuttles and the chance to laugh it up with others who share a passion for moving down the waterways. On lakes, I normally go alone so that I can take my time savoring the vistas, taking in the landscape, and watching for birds and other wildlife. Here in the Sioux Falls area, there are plenty of opportunities for both types of kayaking cruises. 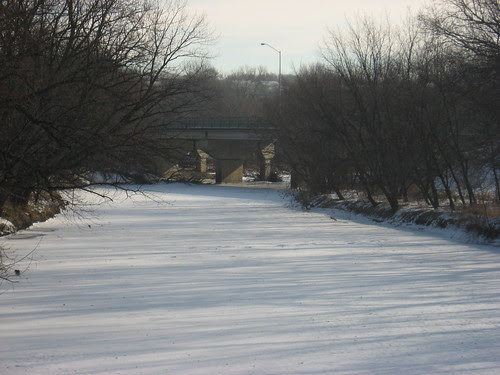 Now though, the kayak is in the garage, the rack is off the car, the lifejackets and paddles are up in the attic, and the rivers and lakes have frozen over. The long winter is upon us. My kayak will probably be serving as the car bumper in our garage until late March.

The South Dakota Canoe/Kayak Association will be presenting the annual winter conference toward the end of January at the Outdoor Campus here in Sioux Falls. By then, we will be only about 8 weeks away from first ventures on the water. For the past couple of years, there have also been safety exercises for “wet-exit” and “rolling” at the YWCA swimming pool organized by the SDCKA and offered two or three times during the deep winter. I’ll be reading Canoe/Kayaking and Sea Kayaking magazines more closely now as the weeks and months pass.

In the meantime, I may provide an occasional blog narrative, but it will be a little difficult to gather fresh material over the next three months. I’ll offer specifics on the up-coming SDCKA conference as they become available. I recommend also checking out the SDCKA blog from time to time to keep abreast of developments, and you can access that on the links to this blog.
Posted by Jay Heath at 3:10 PM 1 comment: