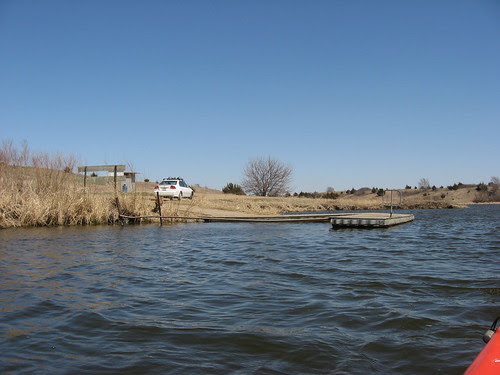 Today was a wonderful gift of weather. The temperature was up to about 65, the skies were clear, and the wind was moderate at about 15 mph. It was the nicest day so far this year. I was compelled to put the kayak rack on the car, lash down the boat, and head out to Lake Alvin for the first cruise of the year. 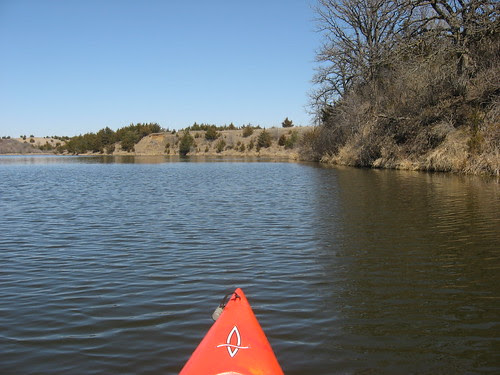 As nearly always, the lake was deserted on this weekday afternoon. The landscape was really beautiful with the brown grass and bare deciduous trees. The many spruce trees along the upper banks and in the area surrounding the lake added an evergreen contrast to the drab winter colors. Cruising along the shore, I could see the hardy early grass making its way up through the debris of winter. 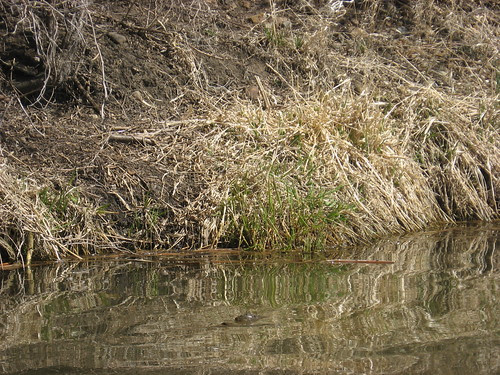 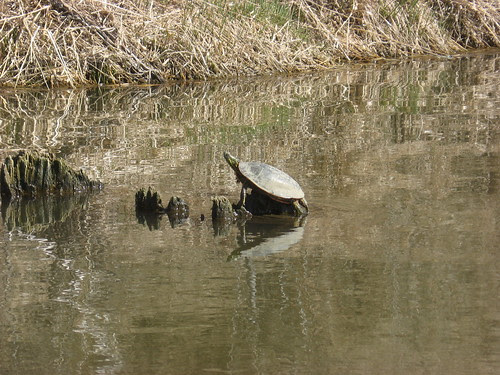 Turtles were out in force, especially up Nine Mile Creek. Although I sometimes feel a little guilty when turtles jump off a log or rock out of fright of my approaching kayak, I still like to cruise up to them to see how close I can come. There were ducks, coots, and geese out on the lake as well. 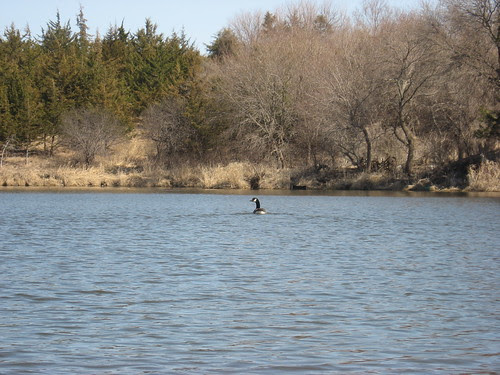 My cruise this afternoon began at the public access point at the southwestern end and continued up north to the Lake Alvin Recreation Area dock. From there, I headed back south on the lake and continued up into Nine Mile Creek. I didn’t check the time, but generally my back begins aching at about the 90-minute mark, and I got that message by the time I arrived back at the dock. 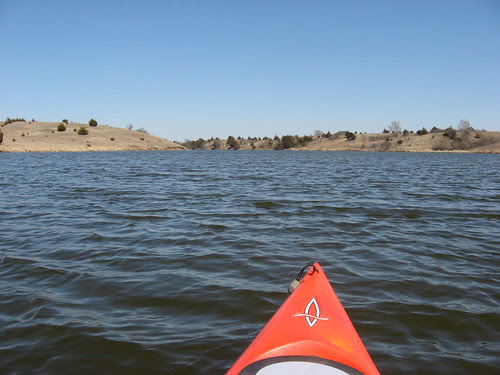 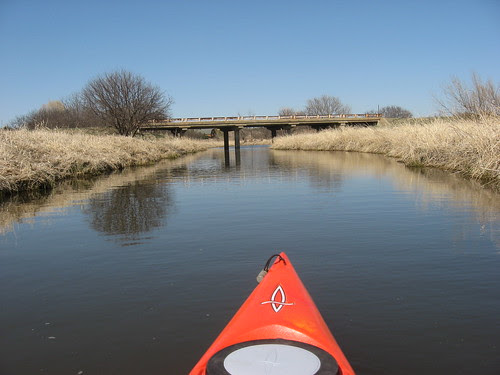 A lot of development has taken place on the west side of the lake and also along Nine Mile Creek. None of the houses are situated on the lake itself, but there are lots of impressive dwellings now in the Lake Alvin area. The most immediate effect of residential development around part of the lake is probably a reduced wildlife presence. So, it is certainly not a trip into the wild. Still, it is close to Sioux Falls, the setting of the lake is very attractive, and it is seldom crowded with boats. It is also a “no wake” lake. The lake is only about 15 minutes from my eastside home, so I will no doubt continue being a regular presence on the waters of Lake Alvin.
Posted by Jay Heath at 5:28 PM 5 comments: