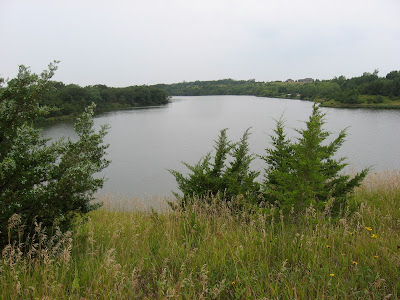 Much of my kayaking of late has been at either Family Lake or the pond on the Outdoor Campus in Sioux Falls where I have served as a volunteer for paddling classes or events.  Today, however, the morning was overcast with temperatures in the 60s, and I decided to slip away to Lake Alvin for a morning paddle.  My paddling opportunities will be limited over the next three weeks or so, and I wanted to take advantage of the day. 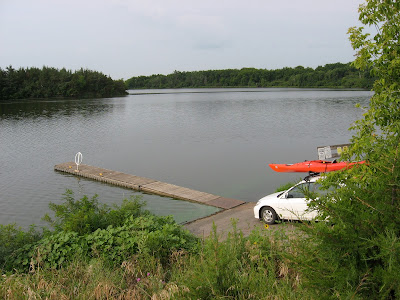 I found the lake quite full; the water was lapping over part of the dock as I put in within the recreation area on the northern end.  The water at the dock had a sheen of green algae for a couple of feet out into the lake, as it often does at this time of year. 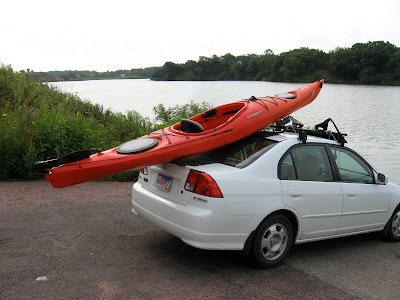 For the past several years, I have used a mat over the trunk of my car to slide the kayak up onto the rollers of the Yakama rack atop my Honda Civic.  When there is a contrary wind, the mat tends to fly off the car and complicate my loading routine.  I find myself sometimes trying to hold on to the mat to prevent it from blowing off while, at the same time, manhandling the kayak up over the trunk.  My pal, Dave Fink, has begun using a similar process to slide his kayak up onto his van, but he has improved my method by adding hooks to the mat that slip onto the rack and keep the mat in place despite effects of the wind.  After returning from a recent trip, he gave me a set of hooks to attach to my loading mat, and they are now in place and working well. 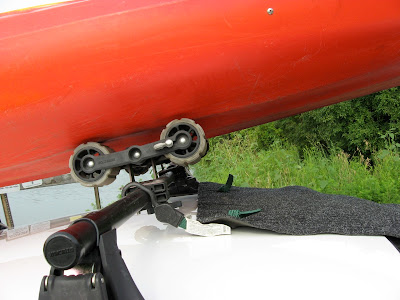 There was a light breeze blowing out of the east, and I tried umbrella sailing for the first time this year.  As I set out from the dock, the wind was about 45 degrees off the bow, and I did make slow progress.  The wind was just too light to sustain my interest in sailing, so I put the umbrella under a deck bungee and took up the paddle. 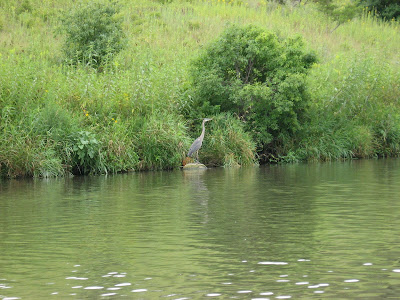 Heading south toward Nine Mile Creek, I passed a great blue heron along the eastern shore.  As I continued down toward the creek, a pair of these large birds flew just ahead of me.  Upon my approach, they would launch off into the air and move ahead of me for a couple hundred feet.  And so the relationship would continue as I moved up into the creek. 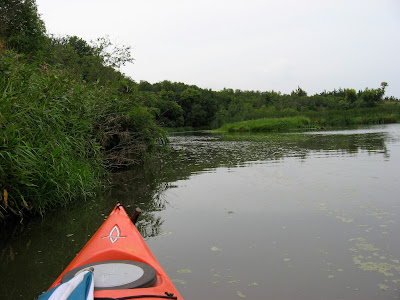 Because of the high water, it was easy to negotiate my kayak over the bar that forms at the mouth of Nine Mile Creek. 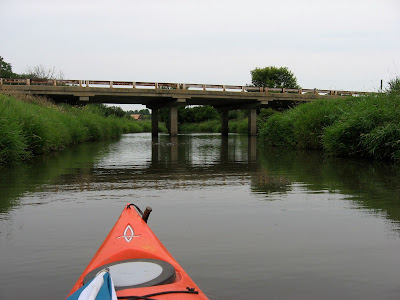 I continued up the creek only as far as the bridge upstream a half-mile or so and then turned back for the long slog back to the recreation area dock. 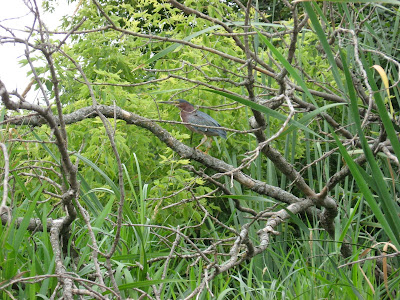 As usual on a midweek morning, the lake was empty of any boat traffic.  The only people I saw were sitting in lawn chairs fishing on the public access dock.  Otherwise, no one was in sight either on the lake or on the shore.  Just me and the birds today! 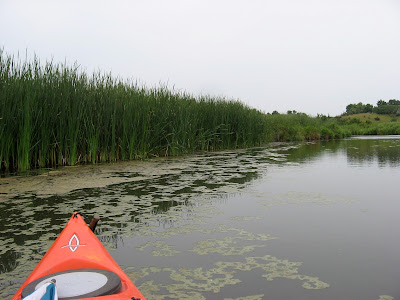 As I loaded up my kayak for the trip home, I noticed some new signage located up from the recreation area dock indicating the relatively new hiking trail that leads into the wooded area above that portion of the lake. There is a great view over the lake from this hiking trail.  Anyone interested in it can check out my hiking blog at http://hikingsiouxfalls.blogspot.com for a description and set of photographs that I completed last fall. 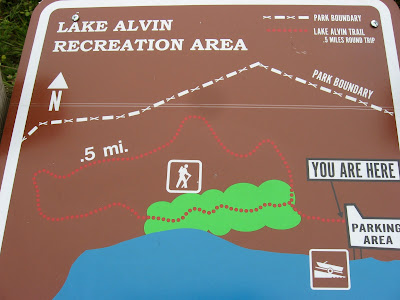 I was out on the water for an hour and a half this morning.  It was a tranquil cruise over familiar waters, but then Lake Alvin is only 15 minutes away from my eastside Sioux Falls home, and I go there frequently over the summer. 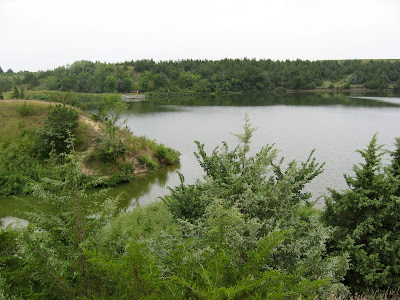