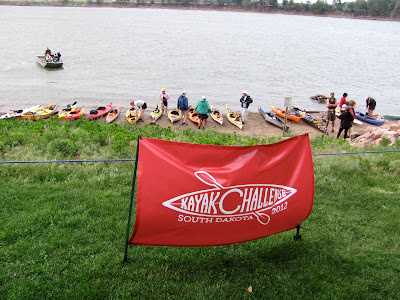 The 2012 South Dakota Kayak Challenge got underway this morning at 7:00 a.m. with 158 kayaks and canoes departing from Riverside Park in Yankton bound for Sioux City, Iowa, 72 miles downstream on a free-flowing natural section of the Missouri River. 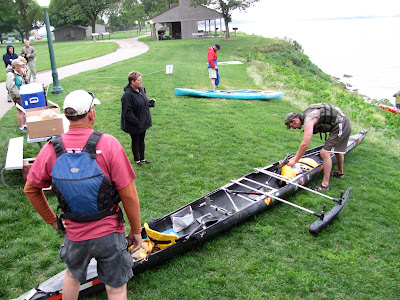 The Challenge began and continues as a project managed by Jarett Bies and Steven Dahlmeier in association with a number of companies and agencies, the South Dakota Kayak and Canoe Association among them. The first race took place in 2010 with 90 kayaks and canoes participating.  There was a second race planned for 2011, but it had to be canceled because of the heavy flow of water through the dam system as floods advanced along the Missouri River. 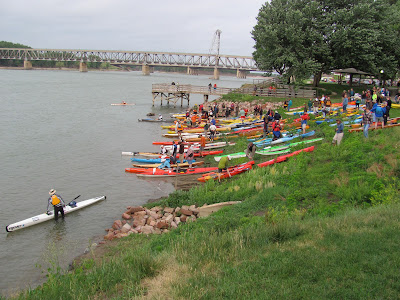 This second edition of the Challenge got underway this morning with a 50 percent increase in participation over 2010.  The day began at Riverside Park in Yankton with a stiff head wind, grey overcast skies, and a chill in the air.  People were wearing jackets as they got their equipment in place

Boats were stacked in three ranks along the riverbank as they prepared for a send-off by the Yankton VFW color guard with their rifles as starting guns.  Steven Dahlmeier served as the Beach Master getting boats entered on his check list, Cory Diedrich, the Check Point Boss, organized his large corps of volunteers who manned the check points and assisted in a variety of organizational and logistical tasks, and Jarett Bies officially started the race.


There was a great variety of boats entered in the race, including sleek surf skies, long fast kayaks, tandem canoes and kayaks, a stand-up surf ski, and single kayaks of many shapes and lengths. 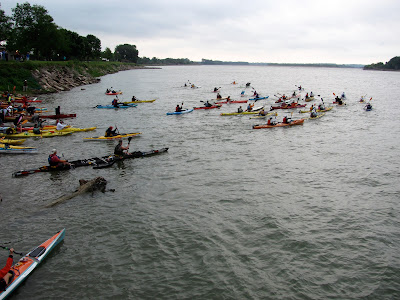 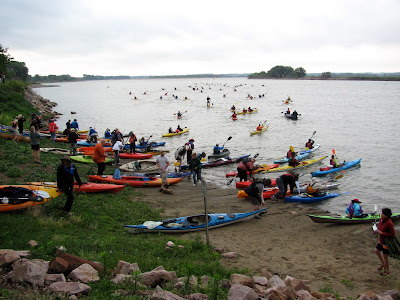 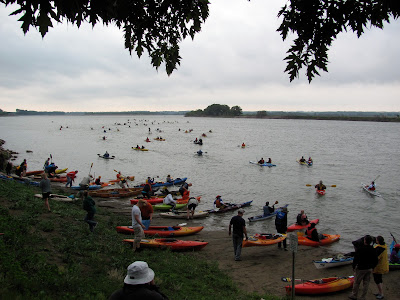 There were several classes into which the racers could enter their craft.  Paddlers came from a number of states, some as far away as North Carolina and Texas.  Some of the paddlers were highly competitive, and their boats were sleek and fast; a few others were novice paddlers and some were even in nine-foot recreational boats.   At Check Point 1, there was a spread of almost four hours between the first boats through and the last ones to arrive. 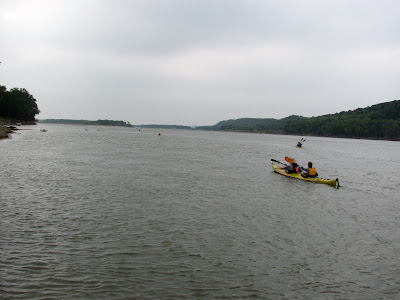 Within just a few minutes, the armada of boats had cleared the park area and fanned out across the water.  The first of four check-points was Myron Grove, just over 18.4 miles downstream on the South Dakota side.

The first boat across Check Point 1 was a single kayak that made the trip in just over two hours. The experienced and competitive racers did not stop at the first check-point and instead just confirmed their assigned number and continued downstream toward the second check-point, 12.1 miles further down on the Nebraska side. 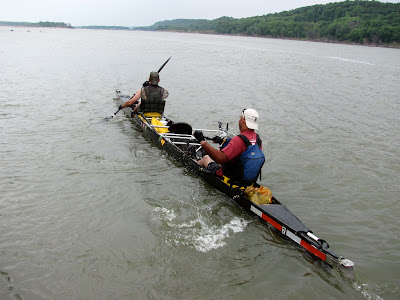 Other paddlers stopped for a breather or a refill on their water.  Some rested for a while before continuing.  By this first check-point, however, thirteen paddlers had decided to drop out of the race. 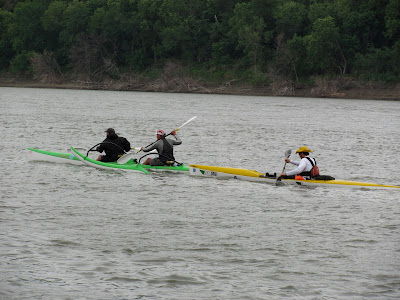 My volunteer role this year was to assist at the send-off where needed and then to serve as one of the officials at Check Point 1.  A team of us recorded the numbers and times for paddlers as they passed through. 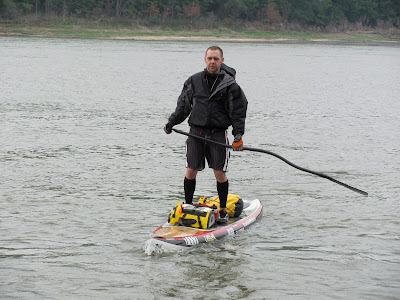 By noon, the day had improved markedly; the sun was out, jackets were flung off, and the wind seemed to subside, at least in the shelter of the check-point. 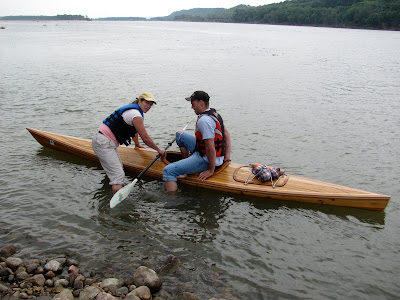 The major purpose of the Challenge is for paddlers to stretch themselves on the big waters of the Missouri River.  The challenge is to test one’s self in the face of a large river with a variety of wind and current conditions.  Most of the paddlers have no intention to win the race; they are just out on the water having fun with a large group of people with the same goals.  There are, however, some paddlers for whom the race is a personal challenge with a strong sense of competition involved.  That is why, of course, there are several classes within the Challenge. 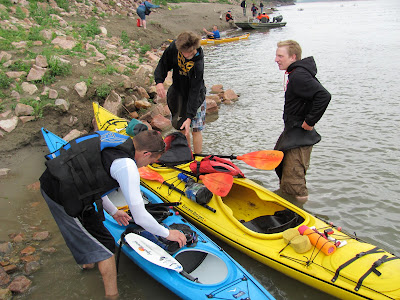 This is the greatest paddling event that we have in South Dakota, and it rivals other endurance river races in neighboring states.  The success of this effort is directly linked to the strong leadership corps that made it all possible.  It is a great collaboration of many agencies within the state working together to further the sport of paddling. 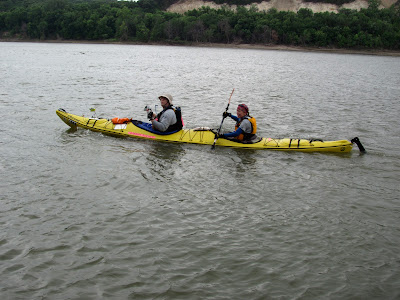 As I looked at the paddlers getting ready to set off into the teeth of that SE head wind and the grey skies, I was glad to be a volunteer rather than a racer.  After all, I am an old man, and hopefully I realize my limitations.  By the time I watched the boats pass at Myron Grove, though, I wished that I were moving along with the pack.  Maybe another time, I will go on the first stage – just do the 18.4 miles in a respectable time and enjoy that sense of accomplishment and inclusion. Maybe I can say that I just want to go along and get some on-water photographs.  Or, maybe I will just let that enthusiasm pass and serve as a volunteer check-point official again. 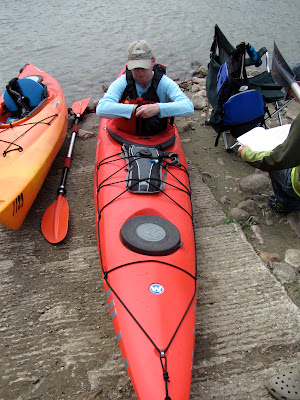 Details of the race can be found on the following sites:

My complete set of photographs from Riverside Park through the Myron Grove Check Point can be seen at:
http://www.flickr.com/photos/jayheath/sets/72157629908956224/

Hey Jay! Really interesting kayak blog you have here! Looks like lots of kayaking enthusiasts in South Dakota! I've added your blog to my blog roll! Hopefully, you'll take a look at my paddling blog too! http://www.durhamblogger.com/