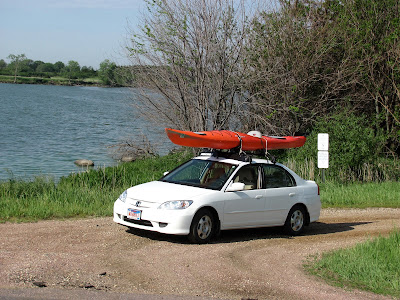 With a good forecast for this morning, I loaded up my kayak last night for an early departure this morning to Grass Lake.  Leaving the house at 5:45 am and taking an hour for my early morning read, bagel, and coffee, I drove west on Highway 42 to the turn-off for Grass Lake and arrived by 7:30 at the public access point.  As has always been the case, I was alone on the lake this morning. 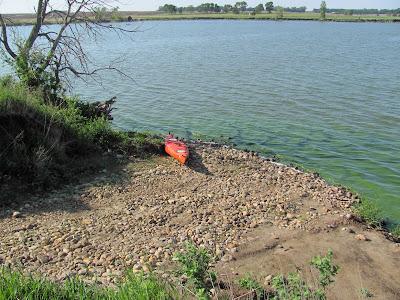 It has been a year since I last visited Grass Lake, and there has been little change.  Some work has been done on the rocky ramp so that fishing boats can be launched, but it is still pretty primitive in comparison to other state access points on area lakes. 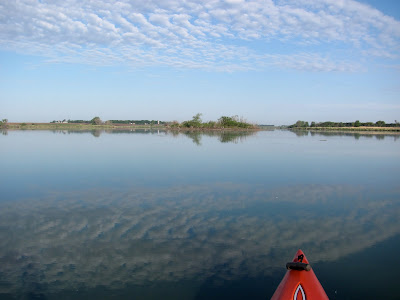 The morning was sunny, still, and cool – just right for a lake cruise.  As I set off on my counterclockwise cruise around the shoreline of the lake, the surface was mirror calm.  The lake is about two miles long on a northwest/southeast axis and about ¾ of a mile across at its widest point. While the wind was calm when I began, it slowly rose out of the southwest and produced a light chop across the water. 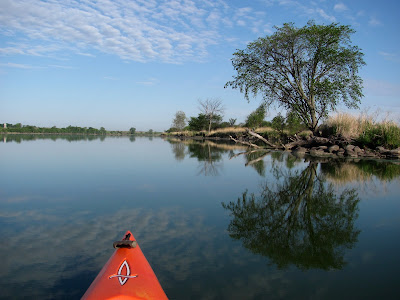 The stillness of the morning allowed the sounds of birds and the light splash of the paddles to produce a tranquil and contemplative movement across the water. I found myself gazing into the shoreline growth and looking at the plant and bird life.  There were a few turtles out in the morning sun. 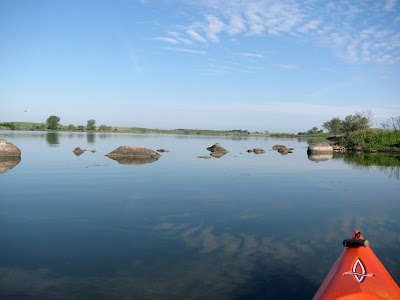 About three quarters of the way down the lake, there is a rocky shoal where pelicans and gulls usually gather.  I always look forward to checking the pelicans out and taking photos of these magnificent birds.  Today, however, the lake is higher than normal and the shoals are underwater. The only pelican in sight circled above me and departed without landing.  There were a few geese, but they kept their distance from my kayak today. 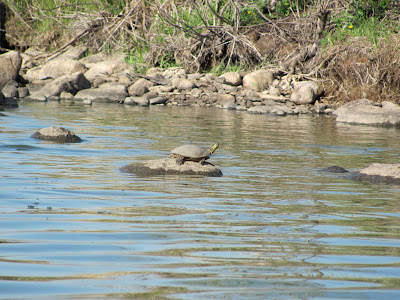 A surprising amount of algie for this time of the year has appeared.  It ranged from a solid cover of thin scum along the lee side to streaks and then fading to just a screen of green particles on the windward side of the lake. 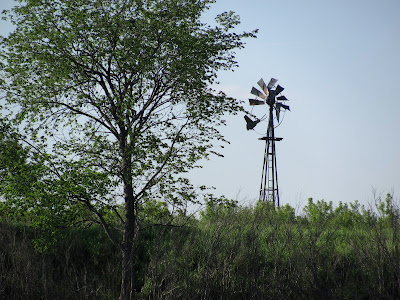 The old windmill at the northwestern end of the lake is still in place, although perhaps a bit more skeletal each year. 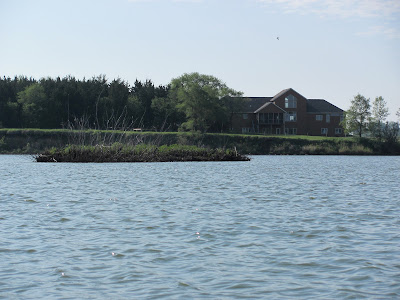 The first house built overlooking the lake has appeared since my last visit a year ago. I have wondered how long it would be until a community of large homes along the lake was developed. I noticed a sign advertising available land near the lake shore, so I assume that such development is likely to occur when the current financial troubles finally pass. 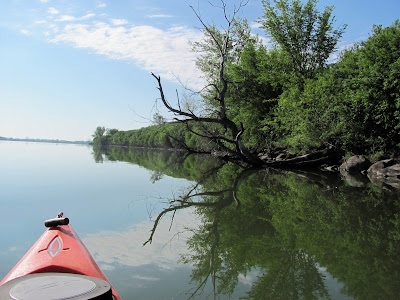 Grass Lake seems to experience heavy algie cover most years, and this probably makes it less attractive than some other areas; I would not want to swim in this water, and I even worried about open cuts on my hands and leg.  Still, the view is great and kayaks can easily make it through algie cover. 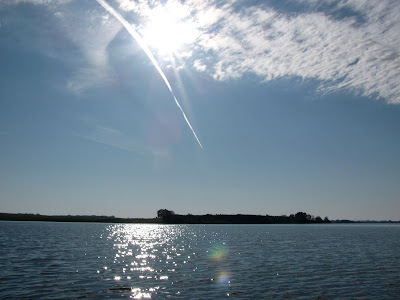 My cruise around the lake took about an hour and forty-five minutes.  The flat calm that greeted me at 7:30 a.m. had transitioned into a light chop across the lake from the west by 9:30 a.m. 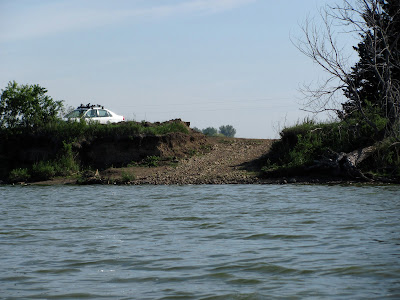 This was a pleasant way to start the week, and I thought about the many times that I have visited Grass Lake over the past six years.  There has been almost no change to the environment over that time.  While I did not see any “critters” on this cruise, there have been many others where I did see interesting animals.  Grass Lake is one of the best lakes in the area to spot wildlife.  For additional narratives of past cruises on Grass Lake, please check out the inventory of area waterways on the right side of the blog. For a complete set of the photographs of this cruise, you may visit my Flickr site at:
http://www.flickr.com/photos/jayheath/sets/72157629833790118/detail/
Posted by Jay Heath at 12:05 PM