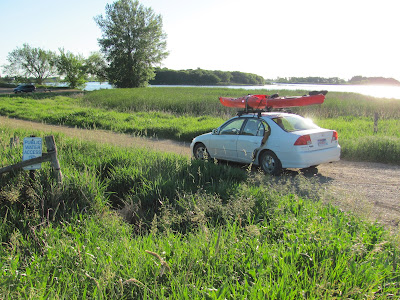 I haven’t been out to Beaver Lake since last August and have been feeling the need to revisit this relatively large prairie lake on the edge of Humboldt.  The forecast issued last night for today indicated sunny skies, cool temperatures, and very mild winds. 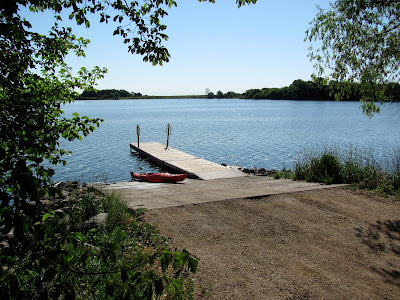 So, this morning after my routine stop for a bagel, coffee, and an hour reading time, I headed west on Interstate 90 toward Humboldt and Beaver Lake.  These prairie lakes are not easy to find; the signage isn’t great and there are few landmarks to point the way.  They seem to be secluded spots for those “in the know.” 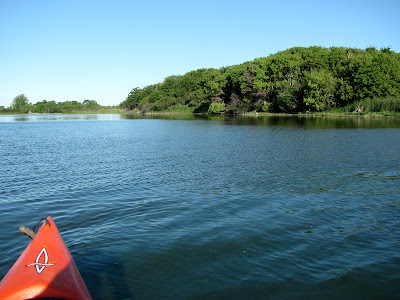 Much to my surprise, there were two vehicles and trailers in the parking area by the launching ramp.  I passed close alongside one of the boats with two guys fishing just offshore of the island.  One guy aboard told me that they were hoping for perch but had caught only bullheads so far. 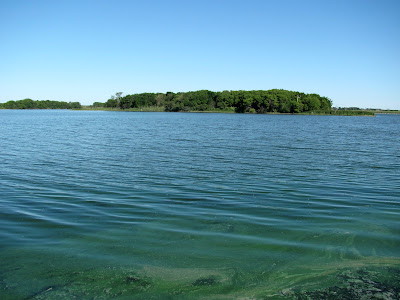 Beaver Lake is about 300 acres in area, perhaps three times as large as Lake Alvin.  The lake is relatively open to wind, and I often find a strong breeze out of the west blowing across the mile-wide east/west axis.  When I arrived at 7:30 this morning, the wind was light, but there still was a chop sweeping out of the west strong enough to break on the bow of my kayak.  Unusually, it seems to me, the wind actually diminished over the course of the morning.  In the lee of the island, the water was flat calm for most of the time that I was on the lake today. 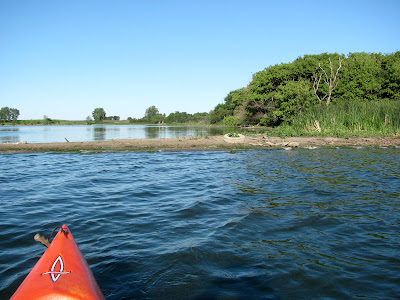 As usual, I first headed north to the island.  Kayaking around this large island is always a treat to me.  It is heavily wooded and full of bird life. While I heard a steady cacophony of birdcalls from within the island, there were few large birds visible today from the water.  I did see a few egrets, but they were high over the trees and I was unable to get close to them. 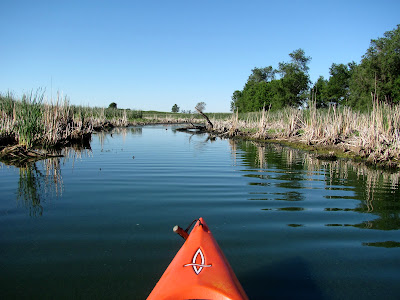 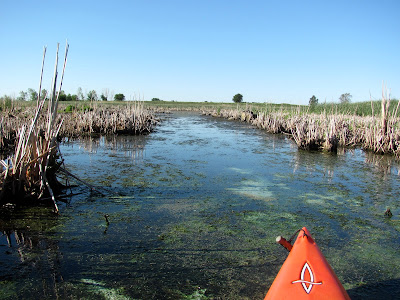 From the island, again my routine cruise, I headed over to a passage along the northeastern side that leads into a slough including a pond that is generally full of beaver lodges and many types of shore birds.  The landmark for this passage is an old windmill looming above the trees just inland of the lake shore. 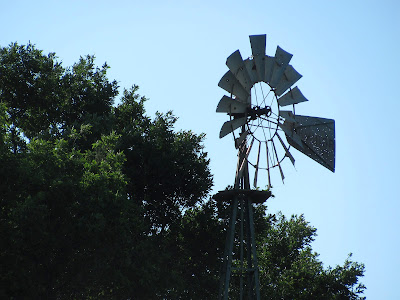 The water depth seems down a couple of feet.  My way into the slough was gradually restricted from shallow water and heavy marine growth.  Finally, I was unable to proceed further and could not reach the pond.  My paddle sunk a couple of feet into the muck, and I realized the mess I could have experienced if it were necessary to get out of the kayak. 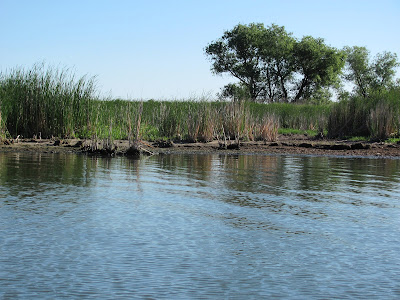 Backing out and turning back, I proceeded down to the far northern shore where another slough normally leads west inland a couple hundred yards. This passageway was totally dry, no hint of any water route inland. 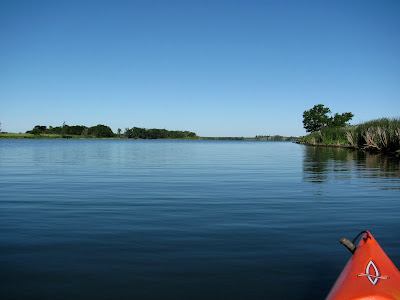 I headed back south and crossed over to the northeastern shoreline.  The wind had dropped as I headed back toward the island and along the shore.  With decreased water depth, there was a beach line along much of the shore.  I pulled my kayak up onto the sand and strolled along the beach, looking at the tracks of critters in the soft sand and mud. 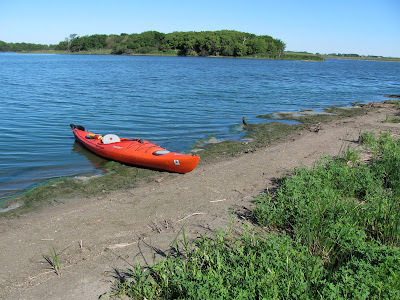 My cruise this morning lasted a little over and hour and a half.  It was disappointing not to able to enter the sloughs to check out the wildlife, especially birds.  The island is always a treat, but again there was not much shorebird life visible from the boat today. Most of the shoreline opens into pasture or grassland, the tree cover is spotty except on the island. 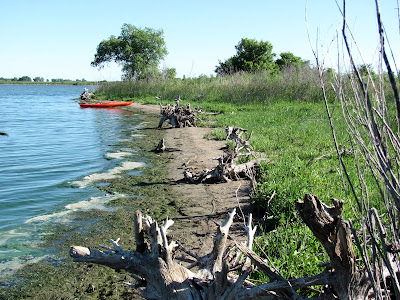 For more information from past cruises to Beaver Lake, check out the narratives under that keyword on the “area waterways” list on the right side of the blog.   For a complete set of the photographs of the cruise today, refer to my Flickr account at the following:
http://www.flickr.com/photos/jayheath/sets/72157630051200287/ 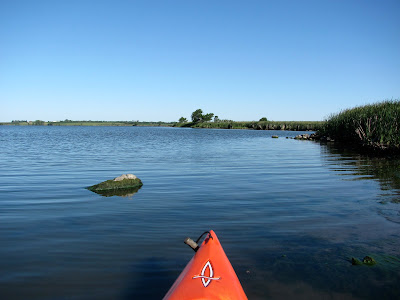