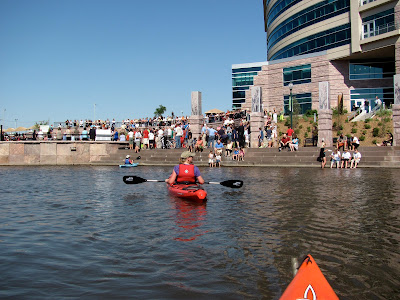 The South Dakota Canoe/Kayak Association was invited to be a part of the Ribbon Cutting Ceremony for the opening of Phase 1 of the Downtown River Greenway project.  Sioux Falls has over 3,000 acres of parkland, which includes 72 developed parks. The Greenway through the heart of the city along both sides of the Big Sioux River is envisioned to be a highlight of the city. The event took place yesterday, June 8, 2012, and large numbers of people were there for the music, speeches by community leaders, and the vendors. 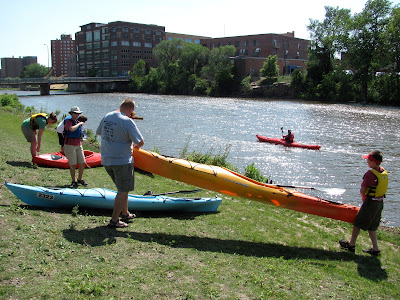 Eight kayaks and a substantial group of bicyclists took part in the ceremony, largely serving as a representation of how all elements of the community will enjoy this major improvement to the downtown area: walkers, cyclists, kayakers, and  people just hanging out. 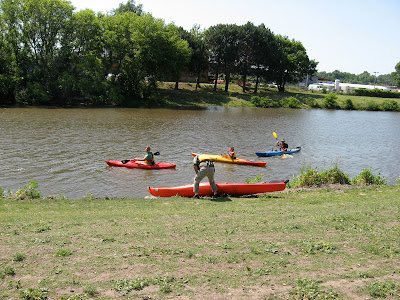 The kayakers gathered just off the parking lot of Kilian College at 4:00 p.m., launched and began cruising up and down the river between Kilian and the shoal waters just upstream of 8th Street. 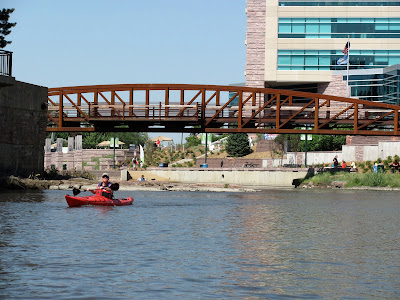 There was a good breeze and current, and we just moved up and down this stretch of the river, stopping along the steps leading up to the river walk to chat with the crowd of people gathered for the event. 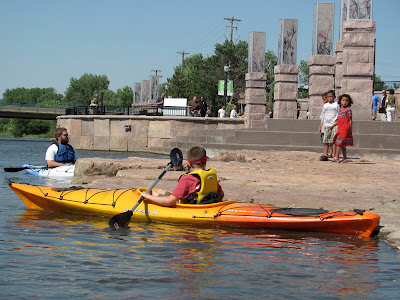 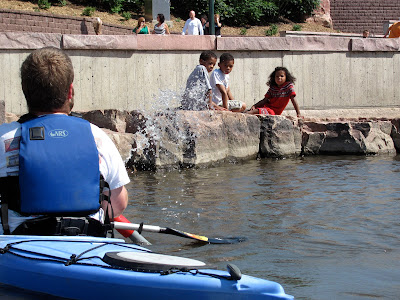 The kayaks were just there for a visual effect, a reinforcement that the river development serves the entire community.  In effect, we were props for the event; still, it was also a demonstration of how popular kayaking has become in the past several years. 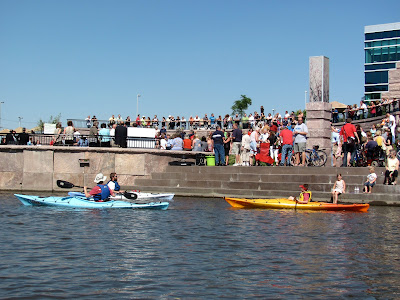 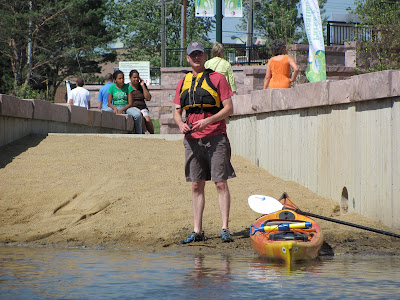 Part of the development includes a kayak/canoe launching site.  It is easy to launch or land a boat at this spot, although it seems to me to be a difficult portage up the steps and down the bike trail to an access into a parking lot. 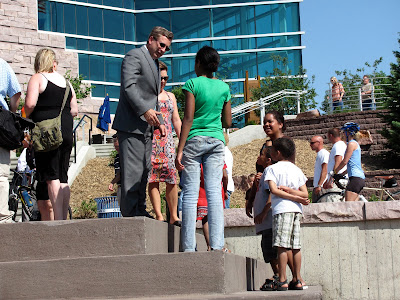 This river development seems a wonderful addition to the sense of community.  Later in the evening, my wife and I strolled through the area surrounded by lots of people.  We sat in the amphitheater eating ice cream and listening to a band, with the Big Sioux River and the buildings across the water forming a backdrop.  Regular events along the riverfront are planned all summer.  This is one more of the continuing community improvements in Sioux Falls. 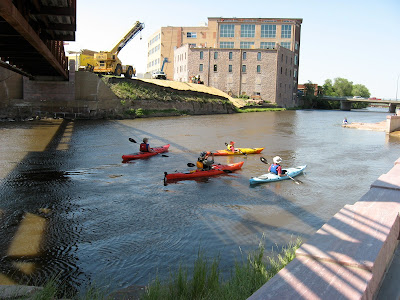 The growing popularity of kayaking in the community seems recognized through inclusion in events such as this. 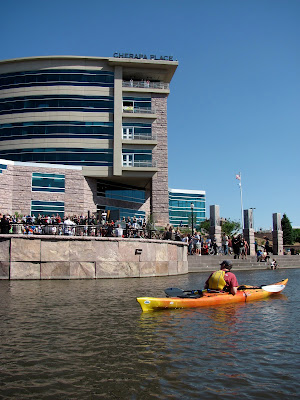 Where can you rent a canoe in Sioux Falls? We want to try out canoeing but on a lake so we don't have to deal with a current.

I suggest that you consider Zach's Kayak and Canoe Rental. You can find a link to his company on the right side of the blog, or you can just use the following URL:
http://www.zachskayaks.com/

You can discuss your needs with Zach and he can make a recommendation that will meet your needs.