Removal of Klondike Dam on the Big Sioux River 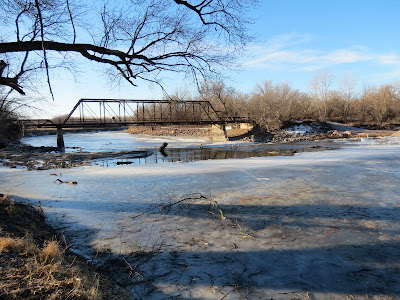 Dave Finck gave me a call yesterday and suggested a drive over to the Klondike Dam site along the Big Sioux River to observe the dam removal process that is currently underway. 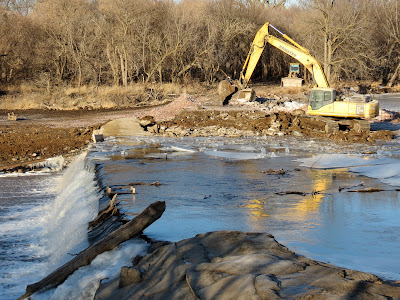 Klondike Dam figures into a good many Big Sioux River cruises each year.  This is often either the beginning or ending point of a cruise.  From the Grandview put-in along the Big Sioux River near Lake Alvin, cruises continue downstream to Klondike on the Iowa side of the river.  Then another cruise segment is from the South Dakota side of Klondike down to a take-out along Highway 18 near Canton. 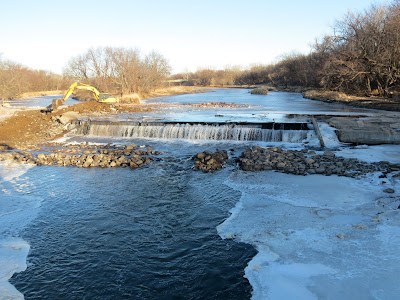 We arrived on the South Dakota side of the old bridge over the river about 9:00 a.m. today and fell into conversation with the project manager for the dam removal and river development process.  The dam across the river is being removed and a passageway through a set of stepped rapids is being constructed.  This passageway will provide a slot through the rapids that will take canoes/kayaks down a series of drops, a route that is expected to be operational except perhaps during times of very low water. 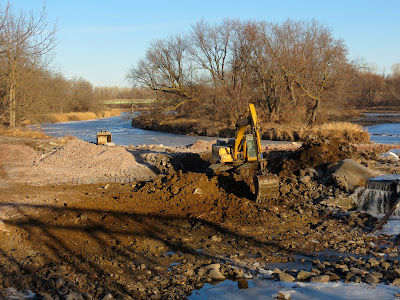 The current plan projects removal of the dam within two or three weeks and continued construction through the next couple of months.  At the same time, there are plans to construct another boat ramp on the South Dakota side of the river.  The project manager also told me that there will be a portage around the rapids for those of us who might not want the thrill of zipping through the slot. 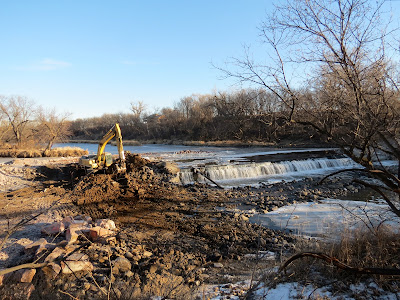 This project will create a new paddling option along the river.  A portage around the dam has been difficult in the past, so trips tended to end above the dam on the Iowa side of the river at Klondike or begin on the South Dakota side below the dam.  It now seems as though new or longer cruises might be planned that include a trip through these rapids or a portage around them. 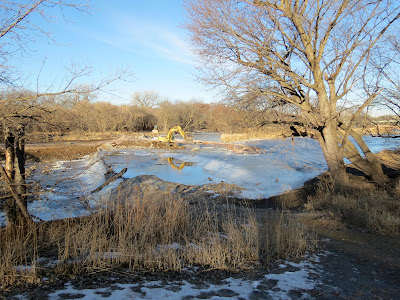 It is likely that the first Big Sioux River cruises of the 2013 season will explore this new development at Klondike. 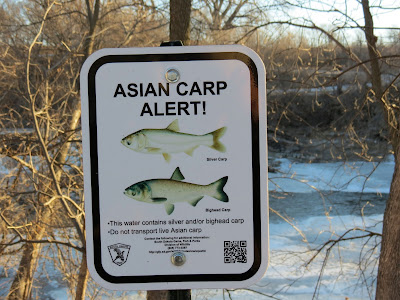 There is an ominous warning sign now on the South Dakota side of the river regarding the Asian carp that have entered our waterways up the major river systems.  Last year I ran into this invasive species on the James River, and the cruise became tense as we tried to avoid being hit by them leaping out of the river in response to the passage of our kayaks.  Readers can review this experience at the following URL:  http://southdakotakayak.blogspot.com/search/label/James%20River

Drove down to Klondike and was deeply saddened to see the only worthwhile fishing spot within an hour and a half of sioux falls has been destroyed.