Patricia, a reader of this blog from Omaha who also paddles lakes and streams in South Dakota, has sent me a new guest narrative describing her recent cruise on Renwick Lake, located in Icelandic State Park, North Dakota.  This is Patricia’s third guest narrative this season; her observations and experiences closely reflect my own solitary cruises.

Icelandic State Park, containing Renwick Lake, is located a few miles east of Cavalier, ND, near the Canadian border.  There is a dam at the east end, which is causing detours during work, and the Tongue River is somewhere at the other end. 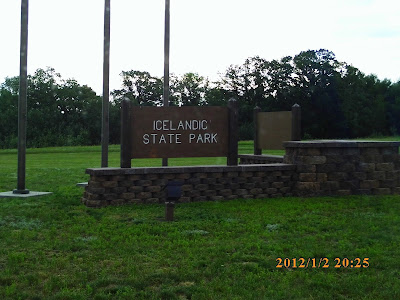 I was in search of the river and started out about 10:45 from the boat ramp. 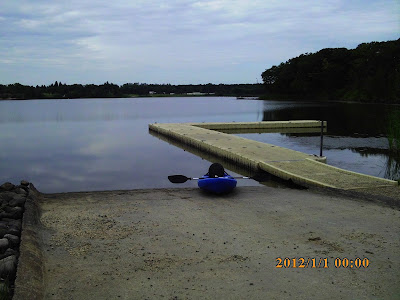 It was a clear and windless day, so paddling was easy.  I started to the left along the dam, and then came across a steep bluff filled with cliff swallow nests.  The bank was teeming with swallows darting in every direction and landing in the holes.  I paused to watch them speeding around. 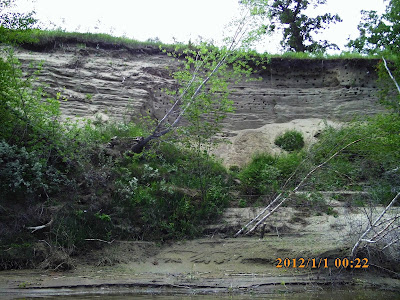 In the reeds that fringed most of the lake shoreline, I discovered these two fugitives from the park beach over on the north shore.  This being a Tuesday, there was no one else on the water, and only one family on the beach when I finally pulled out.  Their mom told me the park was often deserted on weekdays, but very busy on the weekends. 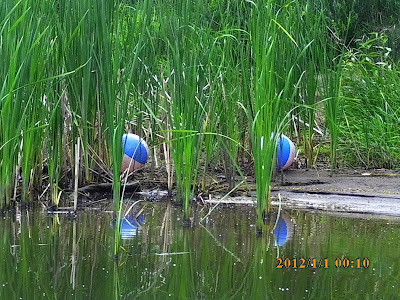 Further along the south shore I came to the golf course.  It looked like a Grecian sylvan scene – with golf carts.  I stopped hugging the shore and paddled out to get a closer look at what appeared to be a large rock but turned out to be an equally large tree trunk. 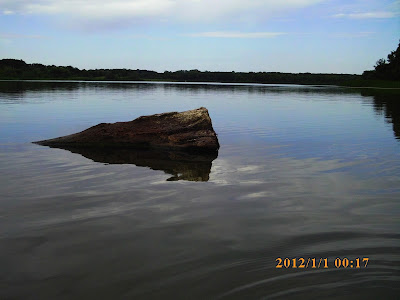 I was enjoying this paddle with the cool temperatures, calm water, and solitude.  The only human activity I saw was an occasional crop duster overhead, including one biplane.  I continued toward the west end of the lake, keeping an eye out for the Tongue River.  There were several areas of dense vegetation in the water along the shores that hampered my exploration.  I picked my way very carefully through these and found a den of some sort on the shore, but no river yet. 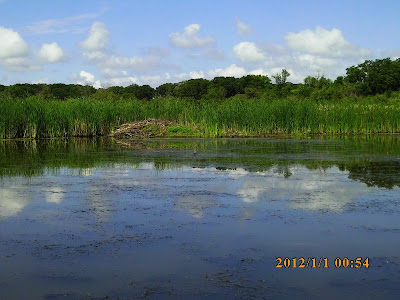 There was lots of bird noise and activity around the lake.  I spied this pelican at the far north end and paddled toward him, hoping he might lead me to the river’s mouth, but found only more reeds and trees.  I was having a great day anyway. 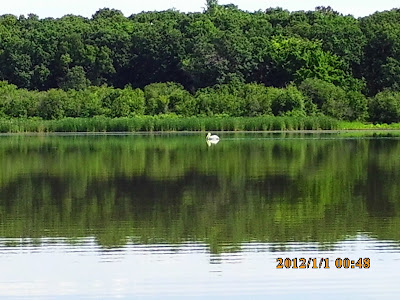 As I turned back, the placid water made for some impressive reflections of the great clouds overhead, adding to the splendor of the lake’s solitude and peace  (But still, no river.) 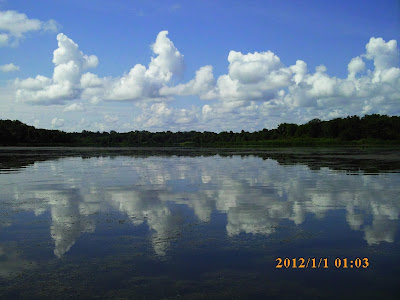 I was beginning to feel like I would never find the river.  I paddled back along the west shore, getting stuck and freeing myself from the matted vegetation, when I caught a glimpse of the smallest break in the trees. 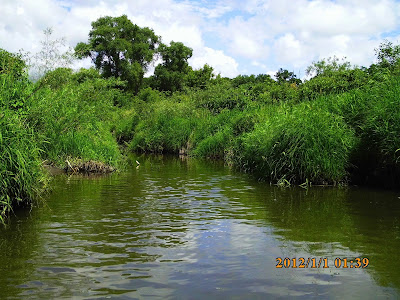 It was barely discernable, but there was the river, finally.  It was very narrow where it flowed into the lake, but as I entered it became a decent-sized stream.  The banks were mostly reeds with groups of trees. 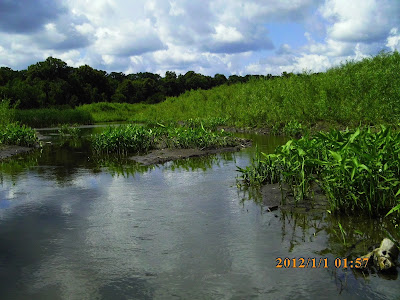 I paddled up the twisting river about half an hour until I approached what appeared to be the beginnings of a beaver dam.  I didn’t want to disturb it, so I turned and headed back to the boat ramp. 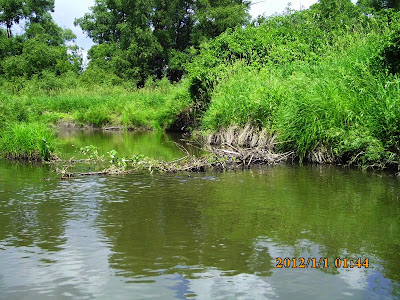 There were several spots in the banks that appeared to be where animals would come down to the water, but I never saw any. 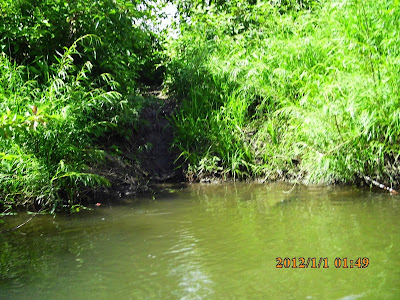 I pulled out of the water about 1:00 p.m.  Renwick Lake was a great kayak trip for me, with beautiful scenery and the potential for birds and wildlife sightings.  It didn’t hurt that the weather was so cooperative.  But brother, it’s a long drive north!

My apologies fore the date stamp on the pictures; I changed batteries and forget to reset the camera.  Argh!

Just curious, how did the park get it's name?
( Icelandic )

Wikipedia (if it can be trusted) says the park was "established to preserve evidence of the Icelandic Heritage in North Dakota." It makes sense, as the Pioneer Heritage Center had a very decent small museum display of the settlement of the area, and nearby were old buildings including a beautiful church and the Gunlogson Homestead. Hope that answers your question.