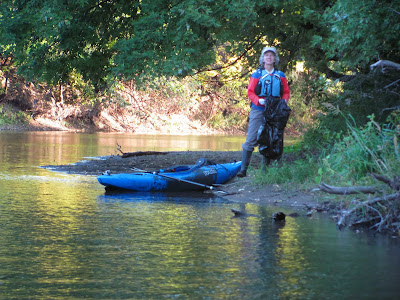 Clearing debris from the Big Sioux River as it flows through Sioux Falls is one of the public service activities of the South Dakota Canoe/Kayak Association.  In the past two weeks, members gathered twice with their kayaks and canoes to pick up debris from the stream and along the banks.  On each occasion, about 400 pounds of litter were gathered for pick up by the city.  The first section of the river clean-up was from 57th Street to Tuthill Park. 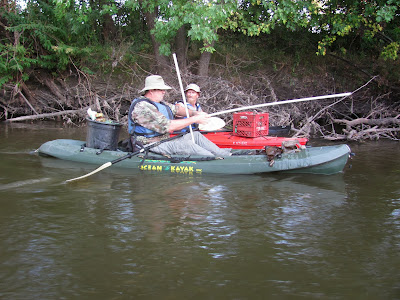 Last night, members met at the canoe launch area along 26th Street to begin a sweep upstream to the bike trail bridge over the river, a round trip of about 2.5 miles. 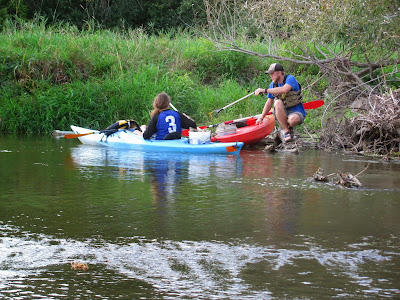 The group was made up of 11 kayaks, a canoe, and others who remained to clean the launch area, the woodlands nearby, and the parking lot and trails. 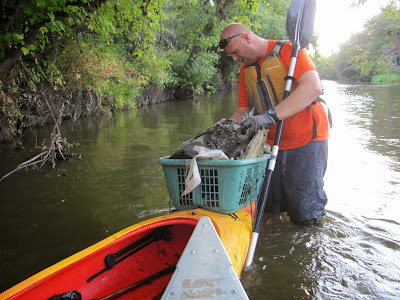 Paddlers in the kayaks headed upstream to work the shoreline.  Most paddlers had attached a receptacle of some kind to their boat for refuse collected. 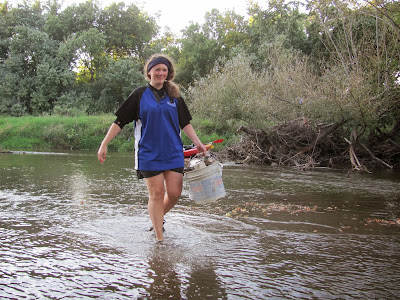 Often paddlers got out of their kayaks in shallow water to more effectively collect items along the shoreline. 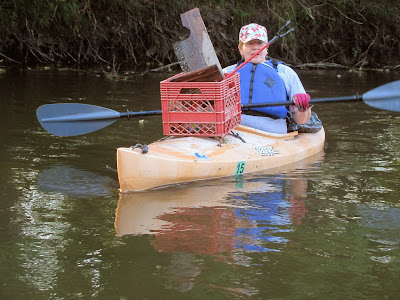 The canoe moved upstream to collect full cargos of refuse from the kayaks and transport it back downstream to the launching point. 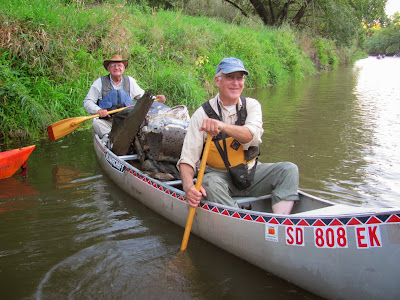 Along the trip upstream in the canoe, we came across two deer that were in the woods between the bike trail and the river.  One crawfish was found among the debris in the bottom of one of the kayaks. 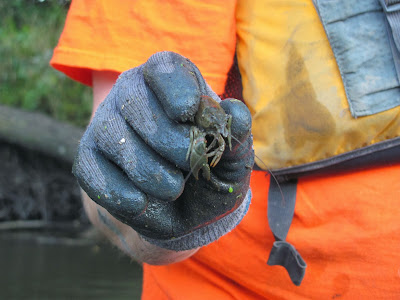 There was ample depth to the river as we all moved upstream.  The kayaks were able to get up to the rapids under the bike trail bridge, but the loaded canoe ground to a halt in the shallows about 50 yards from the rapids. 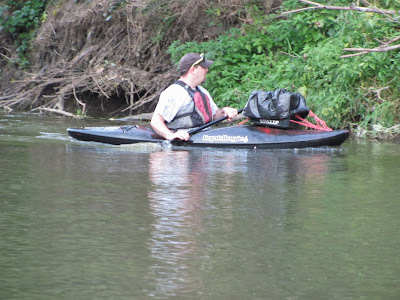 The kayaks set off upstream about 5:45 p.m. and the canoe followed about fifteen minutes later.  The job was finished at twilight, about 7:30 p.m., and the debris was stacked for pick up later by the city. 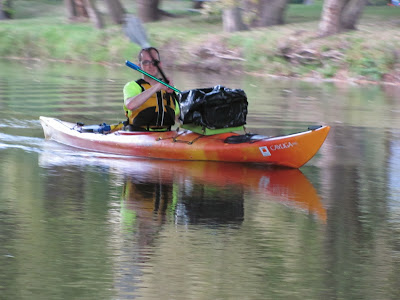 In addition to the public service, an event of this sort builds a narrative of shared experiences and reconnections among the SDCKA members.  The association holds only one general conference a year, in January at the Outdoor Campus in Sioux Falls, so opportunities to build relationships take place on organized cruises and at public service events of this sort. We all get to know each other a little better through these reconnections. 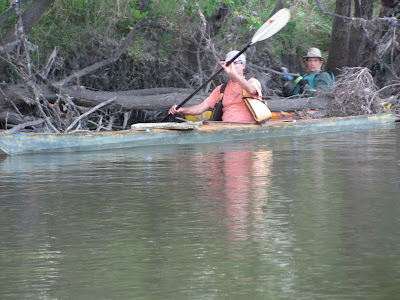 Although we all got a bit dirty in the activity, it was also a beautiful early fall evening on the Big Sioux River. 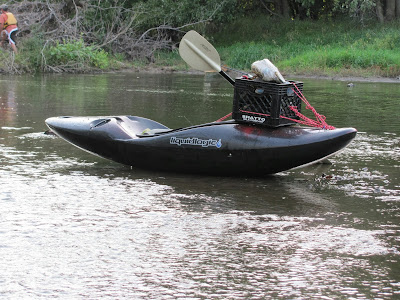 As we all packed up our boats and gear in the deepening darkness, it seemed to me that there was a general feeling of satisfaction with doing something good with our paddling friends on a fine evening. 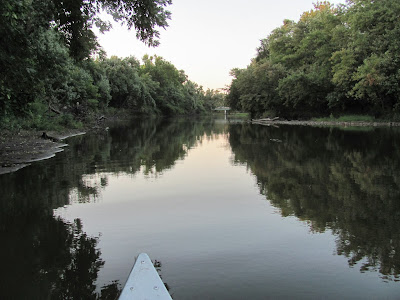 A full set of the photographs from this clean-up cruise can be found on my Flickr page at the following URL: http://www.flickr.com/photos/jayheath/sets/72157635899692614/ 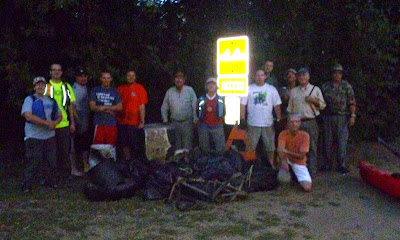