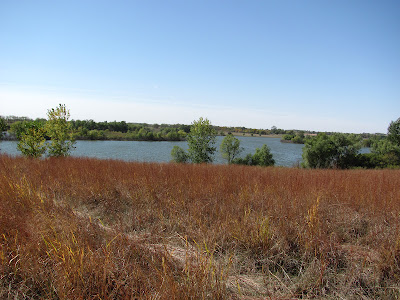 Yesterday, I paid a return visit to Long Lake, a site that I last cruised with my son Derek in 2006. Long Lake has a strong appeal to me; it is located just south of Lake Madison, across an isthmus separating the two bodies of water, just west of Hillside Resort.  Access to the north side of the lake is on the south side of the road running through the isthmus and is much improved since my cruise in 2006.  Long Lake appears on the South Dakota Atlas and Gazetteer just south of Lake Madison and about 45 miles northwest of my eastside South Dakota home. 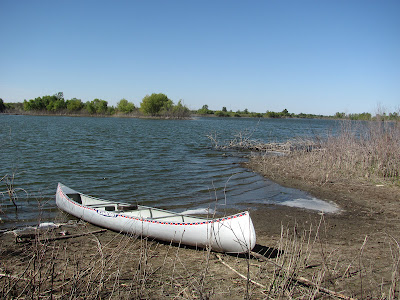 Dave Finck and I had just finished cruising Scott Lake and decided to head north to visit Long Lake.  We arrived just after noon with a stiff wind blowing out of the west.  Long Lake is wooded on the north and south sides, and there are several islands in the lake.  The lake covers 480 acres and is, as the name implies, long and narrow.  Much of the width is about a quarter of a mile, and the lake extends for about two miles on a northwest/southeast slant.  While the lake is narrow, it is still open to a west wind; we found that the wind was brisk but presented no problem for the 17-foot aluminum canoe with two guys paddling. 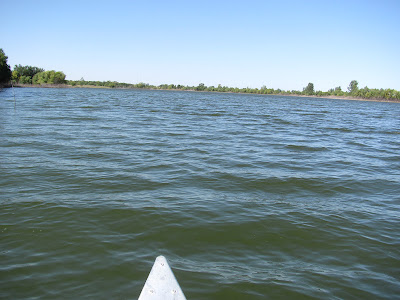 Unlike Scott Lake, Long Lake was completely deserted when we arrived, and we did not come across anyone on the cruise. 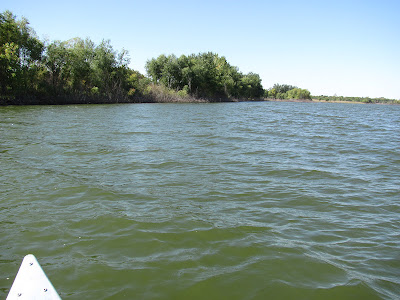 We set out from a public access area that consists of a dirt road that winds down the hill to a primitive launching site.  From there, we headed across the lake into the shelter of an island and then paddled west into the wind along the southern shore. 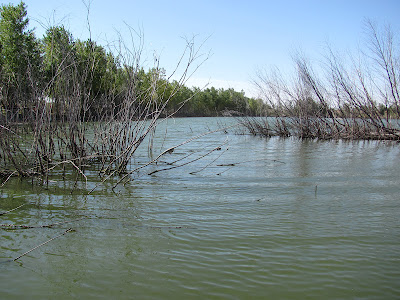 Continuing west, we cruised along the shoreline, finding a passage through a set of brambles marking a channel, and moved further west for another half hour of so. 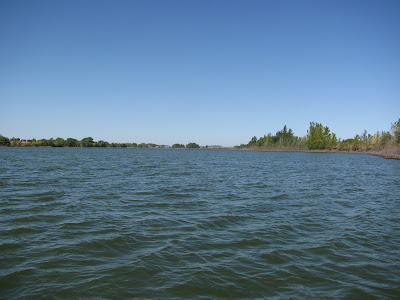 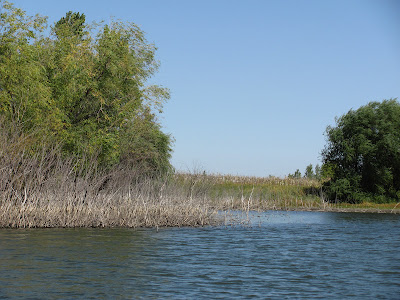 About two-thirds of the way down the lake, we crossed over to the north side and rode a following sea with the wind east back to the launching point. 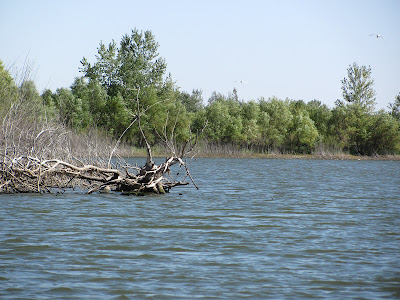 There was little wildlife observable today, even relatively few birds.  Part of the shoreline on both sides of the lake is used for pasture, so we saw quite a few cows out in the sun chomping grass.  I was disappointed in the lack of wildlife, but it was mid-day with a stiff breeze, and I guess that the timing just wasn’t right. 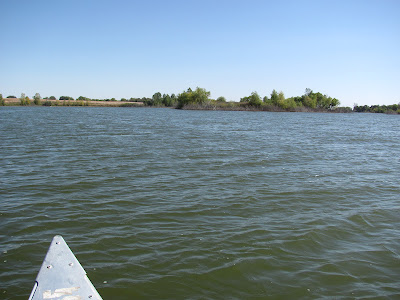 Long Lake is really a good place to paddle in this area.  The lake is relatively large with some variation in the landscape.  It is also not easily accessible, especially for motorboats.  Lake Madison is just across the isthmus, and that is where people have their lake cabins.  We saw no cabins on Long Lake, nor any real access to the lake.  So, there is a nice sense of isolation on Long Lake.  There is a Wildlife Production Area on the west end of the lake, so viewing a variety of wildlife is likely – despite our lack of success yesterday. Also, the wooded shoreline and islands provides some shelter from the wind. 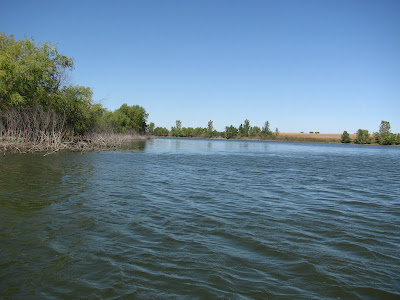 We returned along the northern shore to our launching point and left after a cruise of perhaps an hour and fifteen minutes. 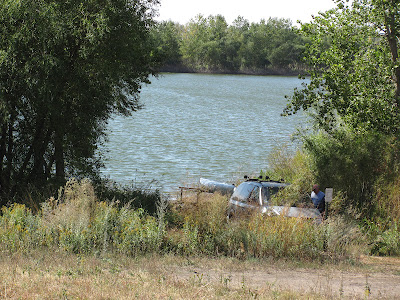 I like Long Lake and recommend it to area paddlers. If you are considering visiting Long Lake, I suggest that you review my blog entry from 2006 to add some depth to this narrative.  It provides a contrast to the large round lakes that are more common in this area.  For those interested in viewing the complete set of photos for this cruise, please access my Flickr site at the following URL: http://www.flickr.com/photos/jayheath/sets/72157631621983785/