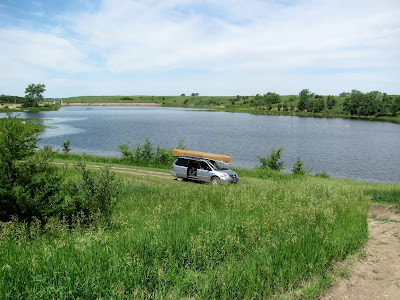 In a continuing search for new paddling locations within the general Sioux Falls area, this morning Dave Finck and I set out in his van with a Kevlar Wenonah canoe lashed on top for a drive 68 miles from my eastside Sioux Falls home to Lake Menno.  The lake is just two miles west of the town of Menno set in the Furlong Creek valley. 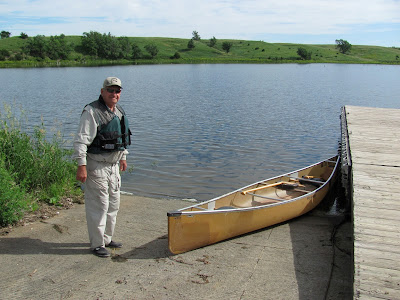 The lake was formed as a WPA project in 1936 by constructing a dam across Furlong Creek.  The dam was destroyed during a flood in 1984 and rebuilt in 1995.  The lake covers 47 surface acres and is rated as a “no wake” body of water.  The size of Lake Menno is about half that of Lake Alvin. 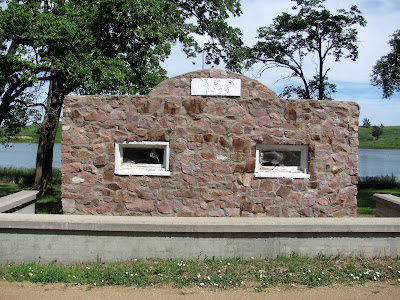 There is a small park and campground on the site, a boat ramp, and a dock.  When we arrived this weekday morning, there was one camper in the area and no boats on the water nor fisherman on shore, although by the time we left someone arrived with a motor boat just to go for a trial run. 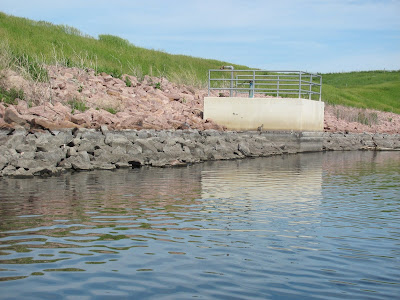 The lake is down in a valley with low hills surrounding it on the north and south sides.  Furlong Creek enters the lake from the northeast and exits at a spillway on the southwest side.  From the discoloration of rocks along the dam, it seemed to us that the water was down about three feet from a high water mark. 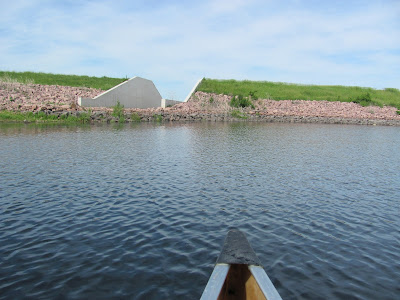 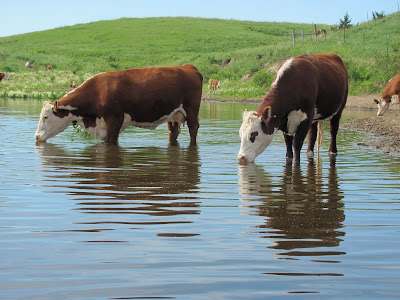 The water is quite deep in most places in this lake.  In the area about 20 feet off the face of the dam, we measured about 34 feet of depth and over 8 feet of visibility with a secchi disk.  Two features of the lake are depth and clarity of water. 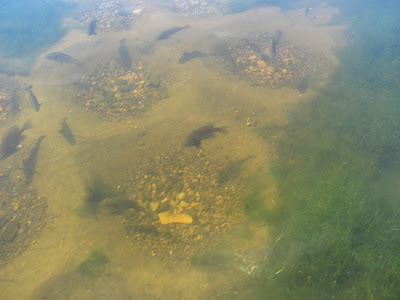 Another feature of the lake is an abundance of fish.  We paddled over schools of fish flashing about, more fish than I can recall seeing in other area lakes, although it may have appeared that way because of the depth of vision in this clear lake. 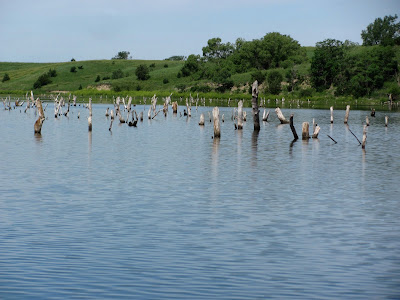 The most striking aspect of Lake Menno may be the trees and branches sticking up out of the deep water.  These tree trunks are sticking up about three feet above the surface and have he look of a flooded forest. 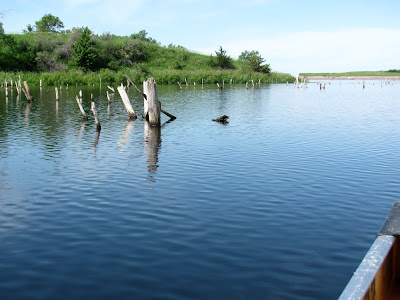 We measured depths of up to 25 feet alongside some of the trunks.  It occurred to us that if the lake were up to the high water mark as indicated by the discoloration of rocks on the dam face, a motorboat could easy tear out its bottom by running over these large trunks lurking just at or below the surface. 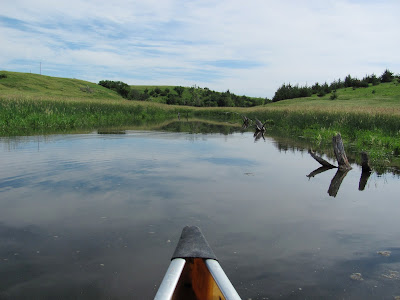 But in a canoe, we didn’t worry about it and just cruised through this vestige of a forest that had existed along the creek before the lake was created. 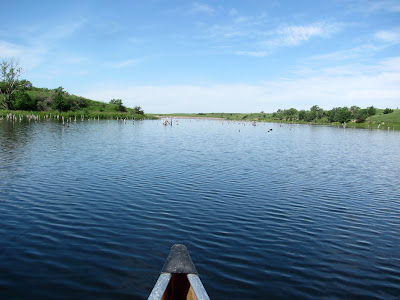 At the northeastern end of the lake, we entered into Furlong Creek and continued north for about three quarters of a mile.  The creek was about 50 feet wide as we began our trip upstream and it gradually narrowed as we moved north. 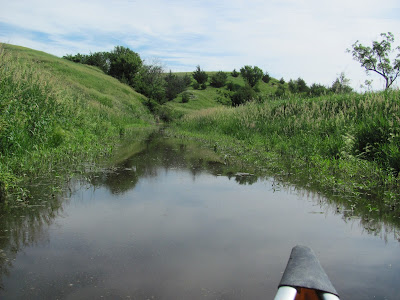 In the end, we decided to turn back when it became obvious that we would have to back down.  In the end, I got out of the canoe and pushed it through the reeds until we could turn around and return downstream. 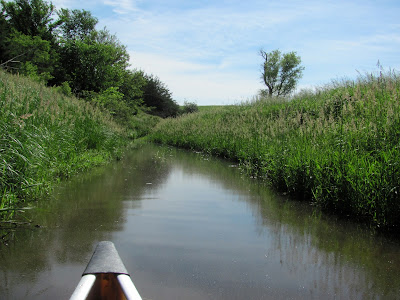 Lake Menno is a fine little lake set in a beautiful setting.  We spent about an hour and a half paddling around the lake and up into the creek under sunny skies with a temperature in the low 80s and little wind.  It was a great day to realize that as retirees, both Dave and I could be out exploring lakes like this during “working hours.” 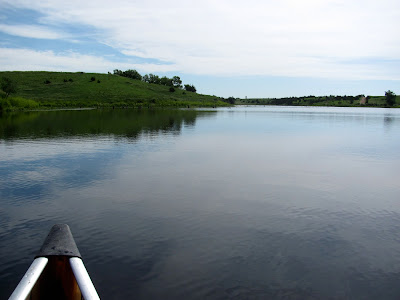 A complete set of photographs from this trip to Lake Menno can be found on my Flickr account at the following URL:  http://www.flickr.com/photos/jayheath/sets/72157634182609184/ 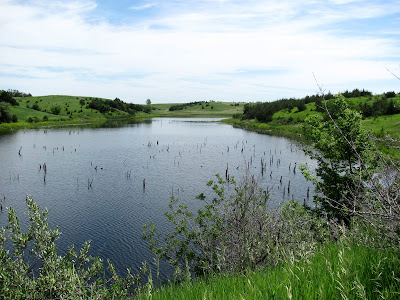